Contents in this article

Talking about successful traders is sometimes boring. Everyone talks about Jesse Livermore or George Soros, while there are a lot of less known traders out there that have…

…still profited from the market

…still made a career out of it.

…are probably still great traders, but…

Why nobody is talking about them?

That is the reason why I have decided to write an article about one of them. Here it is… 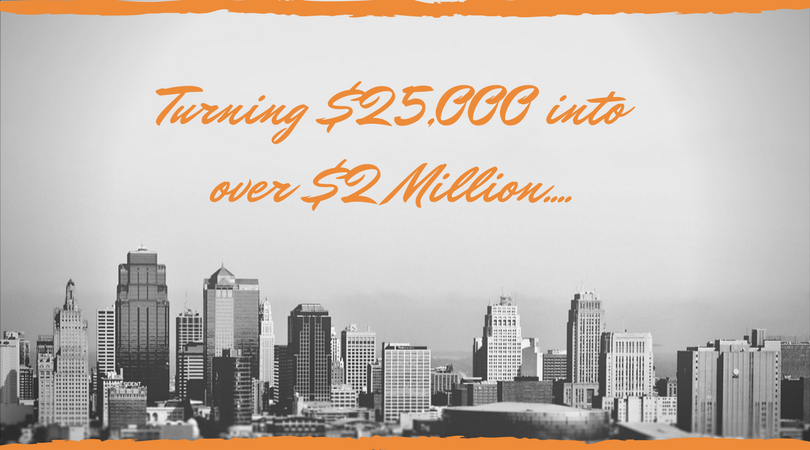 That is the title of a book written by Nicolas Darvas- one of the less known traders of our time. I wanted to contribute to more traders learning about him and his trading philosophy. Feel free to share this article with more traders, so they know about him!

That is the major reason why I I took the time to create and share an article about his life, trading and how he turned $25,000 into over $2 Million….

Nicolas Darvas is a Hungarian by birth. He studied economics in Budapest before emigrating to the United States  when the Soviet Union took over Hungary. He fled through Turkey with only 50 pounds sterling and a forged exit visa.

This was in 1943. By 1953 he was already appearing in the show of Judy Garland and Bob Hope as dancers.

A very dynamic and professional by nature, Darvas was using every spare moment to learn more about trading. It all began in 1952 when a nightclub in Toronto offered Darvas to pay him $3,000 worth of stock instead of his normal cash payment.

In two months this initial equity has turned into $8,000. 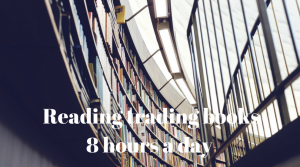 While on a tour, Darvas was still reading trading books up to 8 hours a day. He is claimed to have read over 200 books on the market during off hours.

200! Try to remember the last 10 books you read on trading and try to imagine that multiplied by 20!

What I Have Learnt After Reading His Book

So much wisdom is collected in those pages. I do highly recommend that you find this book and read it as soon as you can. Here is a LINK, but you can also do your own research if you want a different version of the book.

The second point of this article is also to share with you some of the thoughts that have really made a great impression on me. They are worth re-reading and sharing with other avid traders. 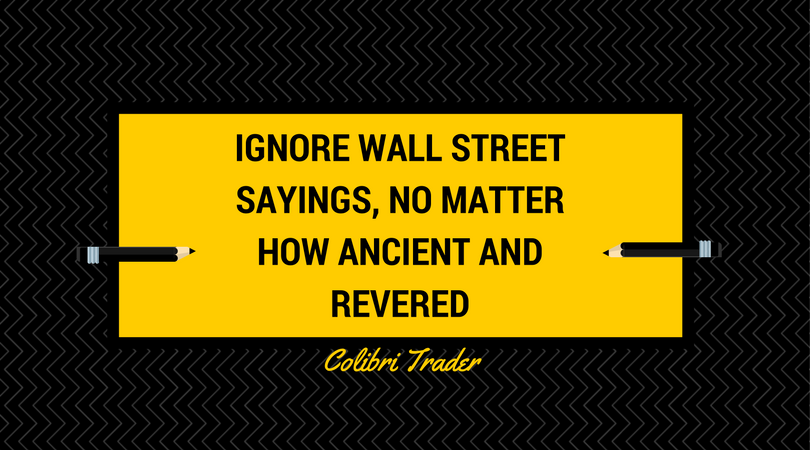 There is so much gold in those pages. You just need to find the time and go through them. Below, I will share some of the more important passages from the book that have helped me become a better trader.

I do really hope they will help you become better traders, too. If not, they will at least introduce you to one of the greatest traders in our time that is almost forgotten.

Enjoy and share with others- that is how you can help popularise this Master Trader!

“By the time I found out about the insiders’ transactions, it was always too late. Besides, I often found that insiders were human too. Like other investors, they often bought too late or too soon. I made another discovery. They might know all about their company but they did not know about the attitude of the market in which their stock was sold.” 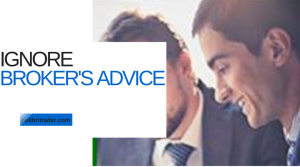 From here, Darvas concluded that advisory services should not be followed. He also learnt another very important lesson from bad experience: Ignore brokers’ advice.

Darvas also said something that Jesse Livermore is known for- Ignore Wall Street sayings, no matter how ancient and revered.

He was also an avid long-term trader. In his daily journal he wrote down that he’d rather hold on to one rising stock for a longer period than juggle with a dozen stocks for a short period at a time.

I am on page 47 of the book. Here I found another great piece:

“[…] In the same way, I decided that if a usually inactive stock suddenly became active I would consider this unusual, and if it also advanced in price I would buy it. I would assume that somewhere behind out-of-the-ordinary movement there was a group who had some good information. By buying the stock I would become their silent partner.”

Here you can see how Darvas thought. In exploring other trader’s thoughts, it is utterly crucial to try to dig deeper into them.

Nicolas Darvas was certainly a trader who thought outside the box. He was acting in a way that just a handful of traders would have agreed with. That is what makes him so great and what everyone should be striving for!

Doing the opposite of what the other market participants are doing, could be recipe for success… as long as you know what the majority of traders are doing.

What Nicolas Darvas is best known for is his trading style or trading in boxes. He would find what nowadays is described as support and resistance and trade off these levels. 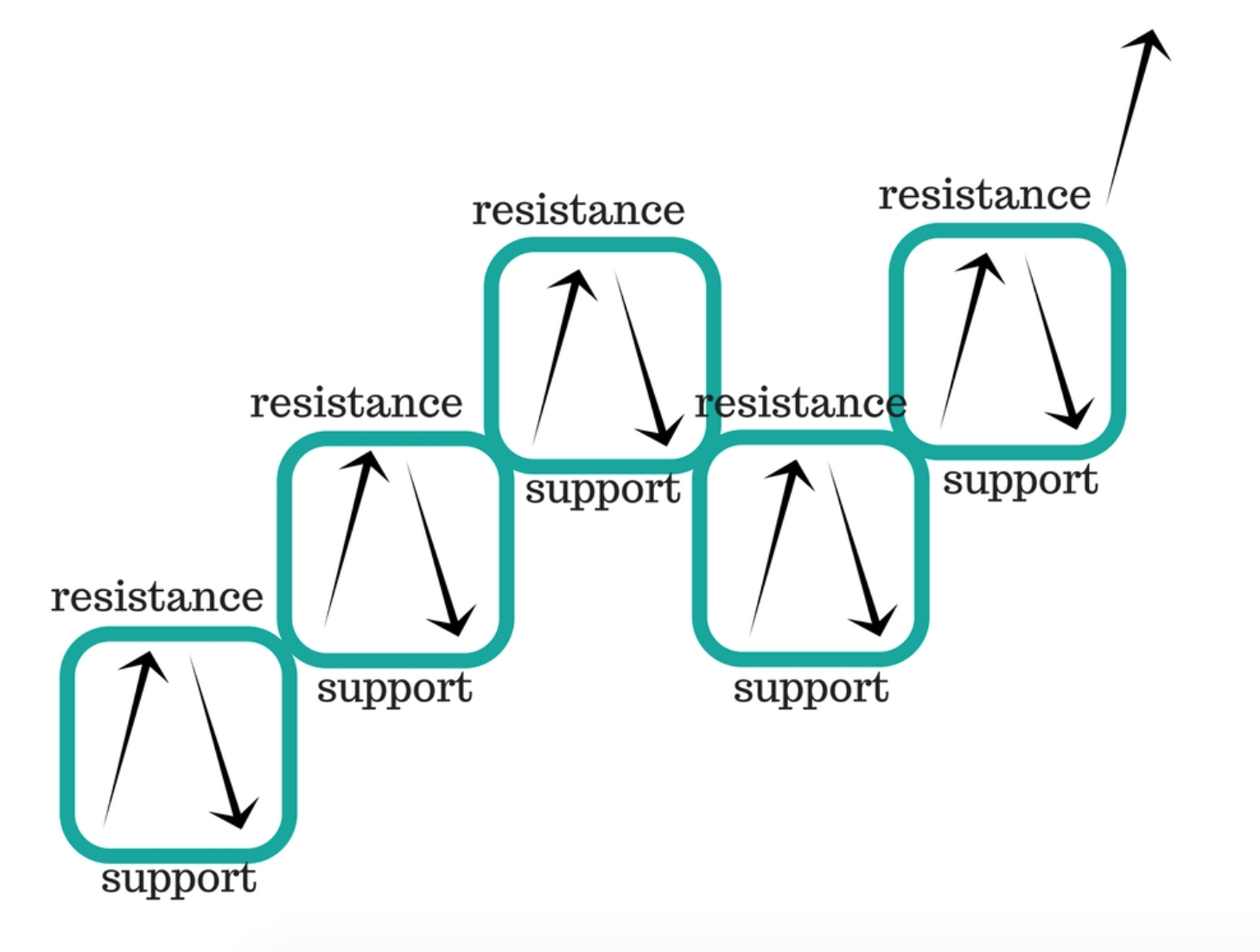 The way he saw the markets were in boxes as illustrated above. In his own words:

“When the boxes of a stock in which I was interested stood, like a pyramid, on top of each other, and my stock was in the highest box, I started to watch it. It could bounce between the top and the bottom of the box and I was perfectly satisfied. Once I had decided on the dimensions of the box,  the stock could do what it liked, but only within that frame. In fact, if it did not bounce up and down inside that box I was worried.”

“No bouncing, no movement, meant it was not a lively stock”

“And if it were not a lively stock I was not interested in it because that meant it would probably not rise dramatically.”

“I found that sometimes a stock stayed for weeks in one box. I did not care how long it stayed in its box as long as it did- and did not fall below the lower frame figure.”

Darvas was really looking at support and resistance levels and obviously did very well. There are a lot more details in those pages describing his process of buying and selling a stock. That is why I highly do recommend that you get yourself his book.

The following four principles were essential for Darvas. He sticked to them as hard as humanly possible. These thoughts and principles were born at a turning point in his career.

He explained how important it is to stick to your rules when he had a losing streak. That is why he wrote them down and kept them in front of his eyes at all times.

The following lines are taken directly from the book: 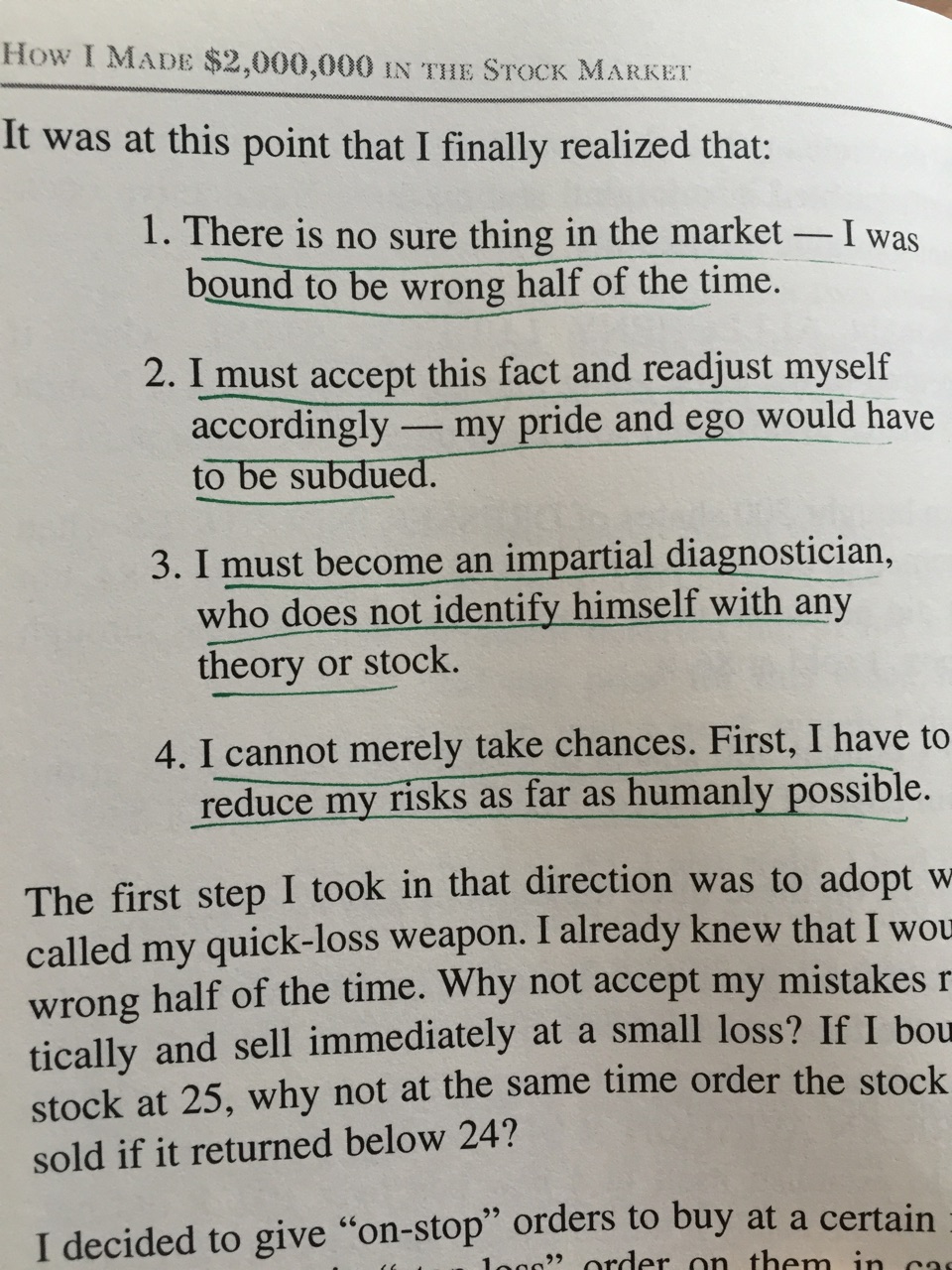 The major conclusion from these thoughts and what Darvas learnt is that a stock can ALWAYS go further down. He learnt that there is no such thing as “cannot” in the market. 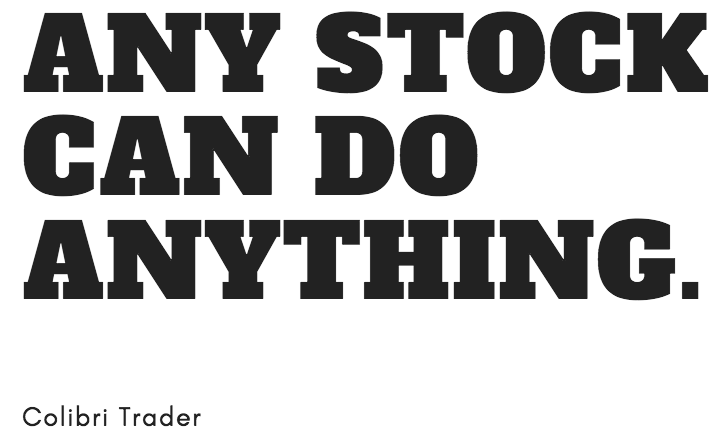 The more experienced Darvas was becoming, the more new principles he was learning. He was always writing down his thoughts and reasons for buying/selling a certain stock. In his own words:

“Whenever I bought a stock, I wrote down my reason for doing so. I did the same when I sold it. Whenever a trader ended with a loss, I wrote down the reason I thought caused it. Then I tried not to repeat the same mistake.”

The more he was writing, the more he was starting to see that stocks have characters just like people. In his opinion this was perfectly logical since stocks reflected the character of the people who bought and sold them.

Some of the companies Darvars is famous for having bought are:

To sum it all up, Darvas was a man of many interests. Not only he was a gifted dancer and showman, but he was also one of the greatest traders that I have read about. His trading style was simple, yet efficient and his words are the words of a wise man.

It is not easy to write about traders like himself. I have shared just a particle of his trading knowledge. If you really want to get the essence, you should really get the Book- How I Made $2,000,000 in the Stock Market

Learn more about How I Use Support and Resistance

or send me a direct message on: admin@colibritrader.com

Create Your Own Automated Stock Trading System In Excel