How to Trade with Line Charts – The Simplest Kind of Charts

How to Trade with Line Charts – The Simplest Kind of Charts

How to trade with line charts?

What are line charts at all? Let’s dive in deeper below.

Technical analysis increased in popularity together with the growth of the Personal Computer’s use. Nowadays, traders just open their trading platform and use an extended range of technical analysis tools on various currency pairs and other financial markets.

In the Old Days…

Back in the early days of technical analysis, things were a bit more difficult. Traders had a hard time building trend indicators or oscillators, so the focus was on trading theories and concepts.

That was until a few trading pioneers realised that simple ideas/strategies work best.

The concept remains valid to this day, especially if thinking of the complexity of indicators available.

Now the majority of traders use candlestick charts mostly (including myself), at least one trend indicator and one oscillator, not to mention high frequency trading systems, which are even more complicated in their nature.

Instead of keeping things simple, today’s trader overcomplicates technical analysis by following too many signals generated by conflicting indicators or programs.

But it wasn’t like that back when technical analysis started. Bar and line charts, for instance, dominated the industry, as professionals and retail traders alike used them.

How to Trade With Line Charts

Despite everyone using Japanese candlesticks techniques applied on candlestick charts, the simplest kind of charts contain only a single line. Just one line is enough to filter the market noise, which is one of the reasons why most of the retail traders fail.

Bar and candlestick charts show both the opening and closing of a period, together with the price action in between. A line chart, instead, shows only a line that appears to have no meaning.

However, that single line is the result of a projection.

It connects the closing of each period!

For instance, here is the daily GBPUSD chart. It shows the price action on the cable pair by displaying one single line. This line connects the daily closing prices and results in the chart that you can see below.

Is this of any use to the currency trader?

For sure it is… 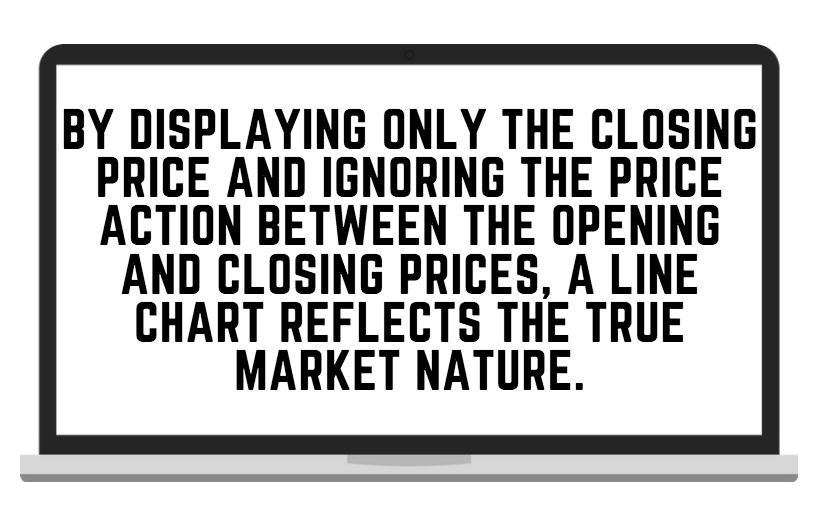 As mentioned earlier, line charts have one significant advantage and it is to filter the noise in the currency markets. By displaying only the closing price and ignoring the price action between the opening and closing prices, a line chart reflects the true market nature.

The standard way to find support and resistance areas is to connect two points using a trendline (for more on trendlines, check HERE). Next, drag the trendline to the right side on the chart. Finally, when the price reaches it, a rejection (bounce back) is very likely.

Using the same GBPUSD chart, here’s a trendline that follows the above-stated principle. It connects two points on the left side of the chart and acts as resistance on the right side.

As the line chart shows, the price didn’t reach the area.

It doesn’t show the price action between the closing of the periods. By displaying a candlesticks chart, we see that the short entry provided by the line chart was more than perfect.

Note the spikes on all the candlesticks surrounding the trendline. The line chart doesn’t show them as it filters the information during the period.

One of the first things to consider is that line charts only reveal the relevant price action. Despite many considering them just too simple to be efficient, line charts work best precisely for this reason.

Consider the chart from above. What is the relevant information it tells us?

It shows that the market (the GBPUSD daily timeframe) made a new low. Because it established a new lower low, traders can draw a trendline to find future support, if any.

For this reason, here are some steps to use when looking for a guide on how to trade with line charts. (Important: this is just an example and not a trading suggestion or advice)

How to Trade Line Charts with Moving Averages

Another way to trade with line charts is to use them together with moving averages (for a full article on Moving Averages check HERE). All traders, regardless of experience, know that moving averages provide resistance in bearish trends and support during rallies. 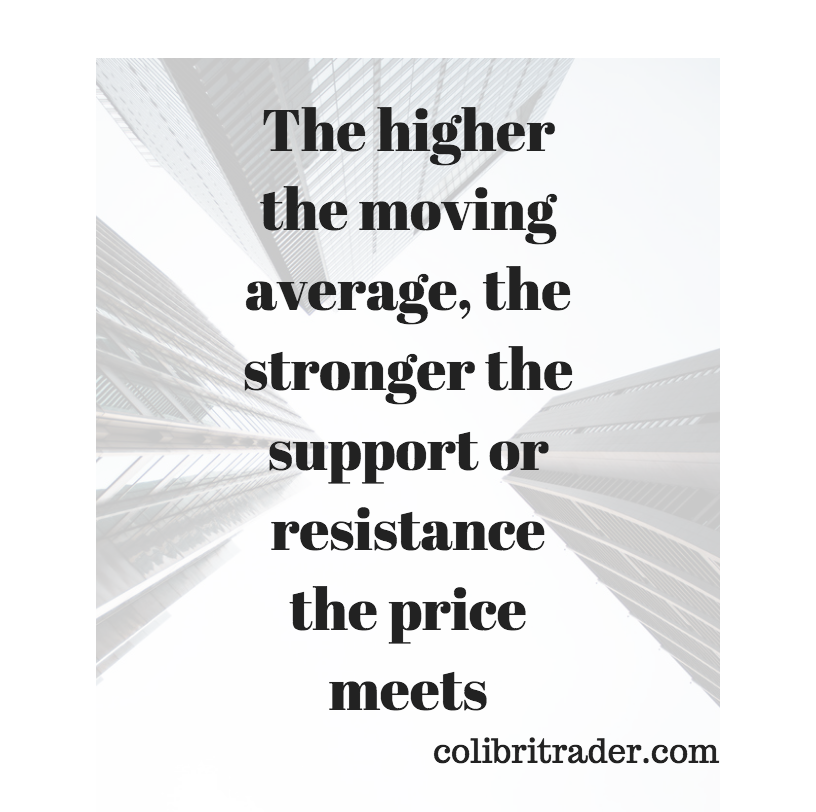 One of the most relevant things to keep in mind when trading with moving averages is that they reveal a trend’s strength. The more the price comes to the average, the weaker the trend becomes. And, eventually, breaks it.

Because of that, the rule of a thumb implicates to trade only the first two times when the price tests the averages. But the price action during a candlestick’s formation is volatile and sometimes chaotic.

Therefore, instead of using candlestick charts, savvy traders use line charts and consider a relevant test only when the line chart touches the moving average.

Here’s the AUDUSD chart. It shows a death cross (MA50 moving below MA200) and the price testing the MA50. Remember, the idea is to trade on the short side only the first two times when the price reaches the average.

After the death cross, the market gives the first entry as shown by the line chart. Next, in the marked area, it fails to touch the MA50. However, on a regular candlesticks chart, it does that, but traders consider it irrelevant because they consider it as just market noise.

Line charts are fabulous tools for simple technical analysis concepts. The use of personal computers makes it tempting to put various trend indicators and oscillators on a chart, but that won’t necessarily help you.

For those wondering how can a single line help, this article shows how to trade with line charts so to filter the market noise.

Support and resistance are easier to spot using line charts. In fact, they are more relevant, as we revealed in the last part of this article dedicated to how to trade with line charts.

Out of the three types of charts offered by most trading platforms (bars, line, candlesticks), the line charts are the least likely to be used by retail traders. But that’s only because people are scared of missing important information by looking only at the closing price of a period.

As we’ve shown in this article, the closing price gives us important information about the price action during a trend. By avoiding the upper and lower shadows of regular candlesticks, traders using line charts get closer to the real price action.

While not the only type of charts that exist, the three mentioned here are popular among retail traders.

Now that you know how to trade with line charts, maybe next time when looking for support and resistance you’ll remember that they show you other information than classic candlestick or bar charts.

Next Post
How to Bounce Back After a Losing Streak

8 TrendSpider Tips and Tricks for Traders