Today I will walk you through a textbook example of a trade. It is the last trade I took on DAX. You can see more about the history of this trade HERE and HERE. As requested by one of my keen followers, I am creating a separate article to walk you through my last trade(s) in more details. I just want to warn you that for those that have not taken my professional trading course, some of the steps might not be really clear. I will try to be as descriptive as possible, but cannot really explain over 180 pages of trading manual and 24 videos in just a single article. Let’s see what I can do to better explain…

I started looking to enter in the DAX trade around the level of 12,900 (major resistance area). As you can see from my first setup HERE there was a pin bar that formed on the daily timeframe. That was the moment that I started closely inspecting the 4H chart as I have outlined in my trading strategy. 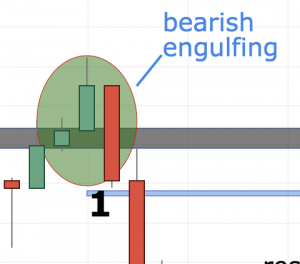 This happened at the moment that I have marked with “1” (20th of June). There was a bearish engulfing pattern that formed just above the resistance area- a wonderful sign of reversal. I entered in my first trade at 12,869. My stop-loss was placed just above the nearest swing high. Then I closed the charts and went for a walk…

The second trade (27th of June) took place after the formation of the pinbar market as “2”. There was a minor support/resistance area at 12,720. The bullish rejection that the pinbar showed meant more buyers were quitting the game and sellers were joining. 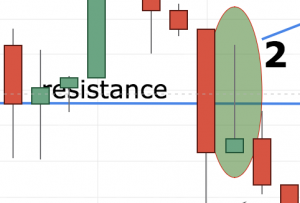 I started looking at the level of 12,550, which was the closest support area. Fortunately, the major support level was around 12,340. That is why I continued holding those trades- mostly because there was not a major reason to close them. From this moment, I started looking for a retracement and another opportunity to scale-in (or add another position). This opportunity came on the 29th of June.

The last trade came when the price retraced back to the nearest minor resistance area at 12,720. That happened on the 29th of June. There was another pinbar that formed just below the resistance area. Price action showed again to be on the side of the sellers. 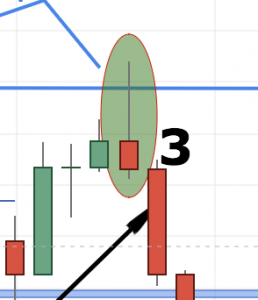 As marked with “3”, this trade was triggered in the upper half of the long red candle.

Note: Bear in mind that all of these screenshots are taken from the 4 Hour timeframe

Currently the price is trading at 12,280. My initial target was around 12,400. I would ideally like to see the daily timeframe showing a price action indication that we will see a pull-back or a continuation of the up-trend. Price is on a major crossroad at the moment and it could make a great difference taking profits here or letting the position run. If price manages to break below the 12,400, this might turn into a major reversal. It is still early to say and it all depends on how price will behave around this level. A possible scenario I see at the moment is the price retracing back to 12,550 and then showing another rejection that will lead to further sell-off. For the time being, I would like to wait for a daily close to make a better decision.

Note: Bear in mind that keeping DAX positions open over the weekend might lead to a huge gap due to the high volatility in DAX.

Instead of a conclusion, I would like to post the daily chart of DAX. I will keep this in front of my eyes and checking regularly to see if we are getting a bearish rejection. 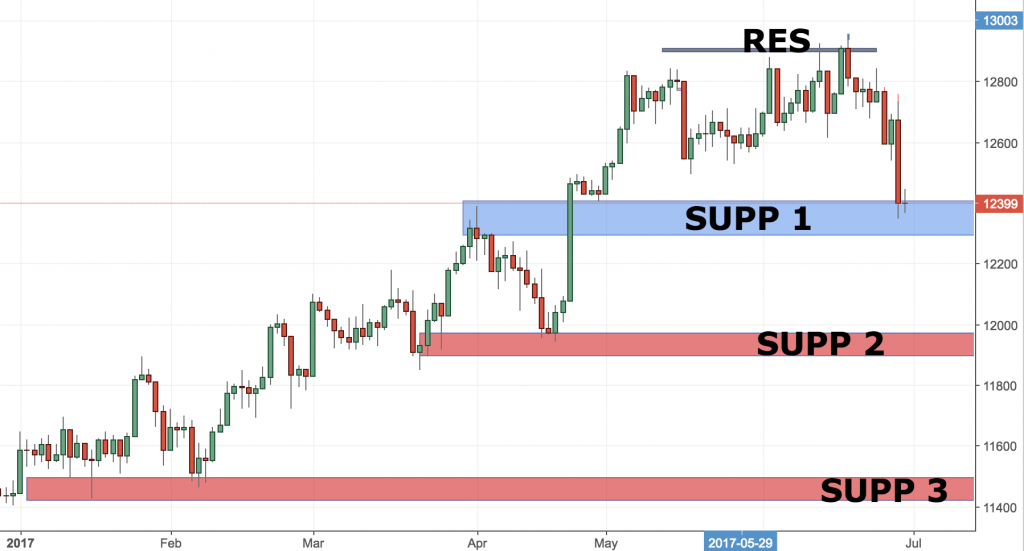 If you are interested to know about the strategy I have been using to enter in these trade, check HERE