Trading Discipline In The Previous Centuries

„They say there are two sides to everything. But there is only one side to the stock market; and it is not the bull side or the bear side, but the right side”

Reminiscences of a Stock Operator

Why was trading discipline not much different in the past? In the era of High-Frequency Trading (HFT), it is sometimes really inspirational and a bit nostalgic to come back in time and remind ourselves how different and at the same time similar the world of trading was. Teleporting ourselves into the era of the electronic ticker and the bucket shops brings us into a brand new world filled with the same emotions and desires as we experience in modern times. We can observe how in the dawn of the electronic trading, the fear/greed factor was still as much of a driving force as it is now. I believe it is important to remind ourselves those times, because that is where it all started… the era of the legendary Jesse Livermore, who was able to not only control his emotions through great trading discipline, but also trade in total isolation from all the distractions of the outside world. Indeed, not only trade, but make millions of dollars thanks to his speculation skills, which he honed throughout the years, after numerous times he went bankrupt, but still not repeating the same mistakes twice!

“In the days before electronic tickers, prices were manually updated on a large wooden board as they clattered in from exchanges via telegraph wires. Boys working the board would write the latest prices with chalk. They wore alpaca coats to keep from smudging the board. The use of blackboards coincided with the rise of the bucket shop, since it was necessary to display price fluctuations to many customers at once (look at the picture above). As late as 1902, traditional brokers resisted the installation of quote boards because their absence distinguished their conservative establishments from the more liberal practices of bucket houses. The use of the term “Big Board” for New York Stock Exchange is a throwback to this era. 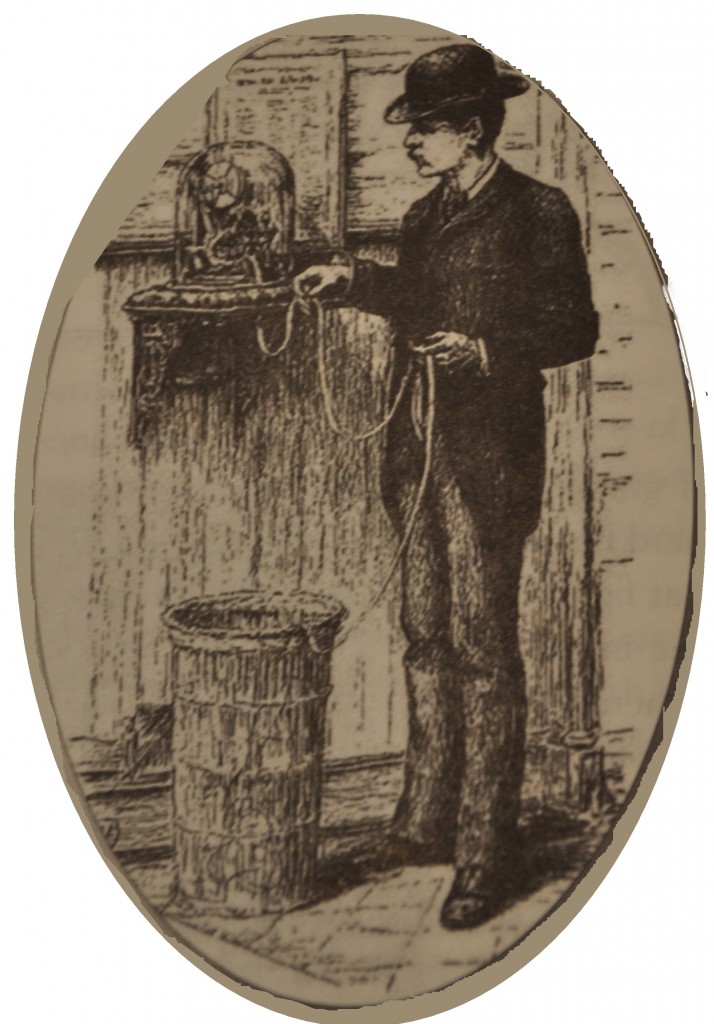 The picture above (taken from Reminiscences of a Stock Operator

) shows a “ticker”. The ticker was a printing telegraph adopted widely soon after the Civil War, and it revolutionized the function of capital markets. Invented by Edward Calahan in 1867, its popularity was boosted by Thomas Edison’s invention of the quadruplex in the 1870s- a system that allowed a single wire to carry four messages simultaneously. Western Union and its rivals leveraged this increase in capacity to lease telegraph connections to financiers and speculators outside the exchanges. The volume growth allowed New York Stock Exchange to expand in 1871 from twice daily auctions to continuous trading in listed securities. Until 1872, ticker service was available only through 700 machines in New York City. After Western Union purchased the Gold&Stock Telegraph Co., service was widened to its national network; by 1886, there were 2,200 tickers coast to coast. In 1903, financial writer Sereno Pratt quipped that ubiquity of the ticker offered “no better proof…of the universality of speculation.” 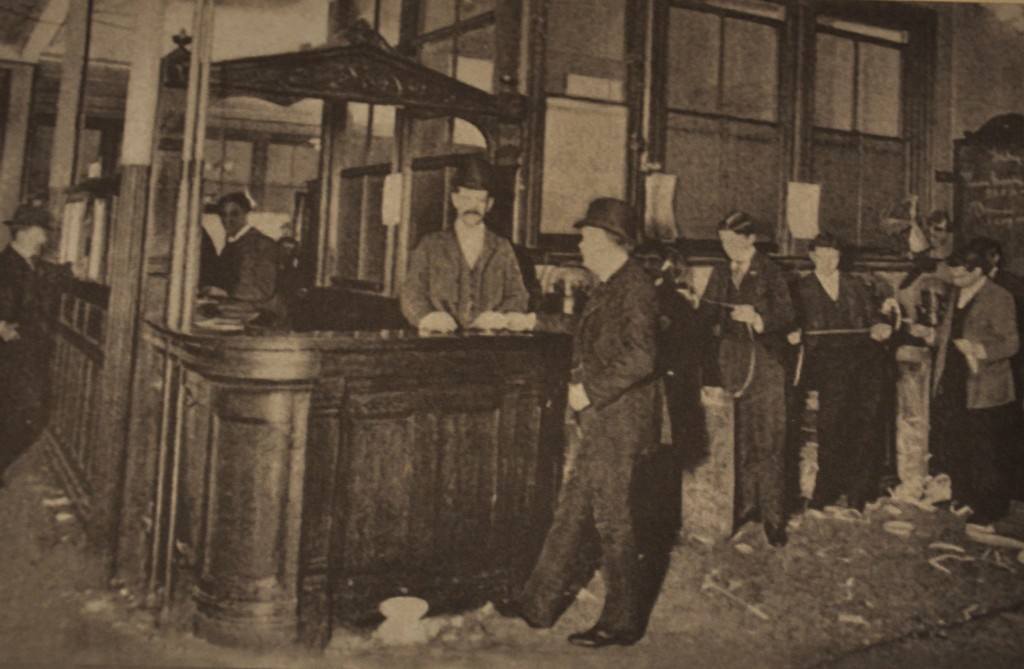 Popular participation in the stock market soon rose sharply. The number of American stock owners tripled between 1990 and 1922 to 14.4 million. Observers described the device’s magical attractiveness. Horace Hotchkiss, founder of the Gold&Stock Telegraph, said that when the ticker entered commercial service it “created a sensation as the quotations made their appearance on the tape. The crowd around it was at least six deep.” Financial writer George Gibson noted that “dealers…intently watch the “ticker” as it rapidly unwinds the tangled web of financial fate.”

Before the advent of the ticker, middlemen called “pad shovers” would get the latest quotations from brokers, scribble them in notebooks, and then go from office to office. A character in Edwin Lefevre’s 1925 book, Making of a Stockbroker, tells of how they “came up to you and shoved the pad with the quotations on it right under your nose, hence the appellative. They were the walking tickers. Rushing the pad, they used to call the process.” 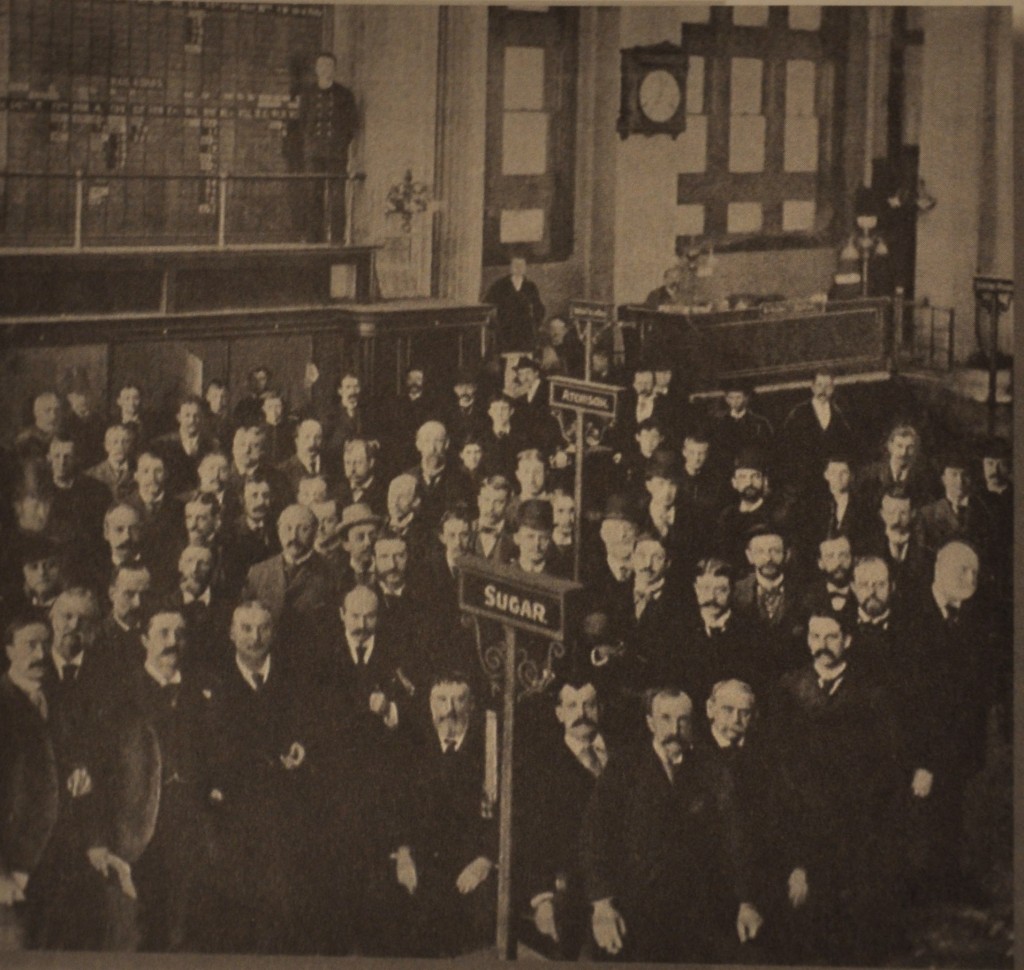 “Bucket shops” pictured above, were storefront operations where speculators who could not afford a regular brokerage account could bet on the price movements of stocks and commodities using small suns of their own money, plus margin borrowing. No actual transactions in the stock or commodity took place since these were not investments but simple wagers on price changes. The term originated in England in the early 1880s, when poor youths would visit pubs with a buckete, drain beer kegs that had been thrown out, then congregate in abandoned shops to drink, smoke, bet and carry on.

short selling at a bucket shop was quite different than short selling at a legitimate brokerage. Legitimate shorting involves the borrowing of shares you don’t own, normally from another of your broker’s clients, and then selling them with the expectation of buying them back at a lower price and pocketing the difference. But since the bucket shops did not buy or sell actual securities, the transaction was not much different from going long. A “buy” or “sell” order ticket was issued with a price that, in reality, was a one-way bet against the house. If a stock went down as expected, then you just redeemed your ticket with the clerk. Bucket shop owners were usually in cahoots with corrupt floor brokers, who would run prices up to knock out stops- triggering losses for short sellers- if customers were making too much money on their wagers.