As you have already possibly seen, I wrote another article on MACD HERE. At the same time, I am feeling the need to re-iterate some of the major concepts and expand a bit on others, so here is a second article on MACD.

OK… so where do I start from…. Maybe a simple chart and the MACD histogram platted along will be a nice way to kick this off: 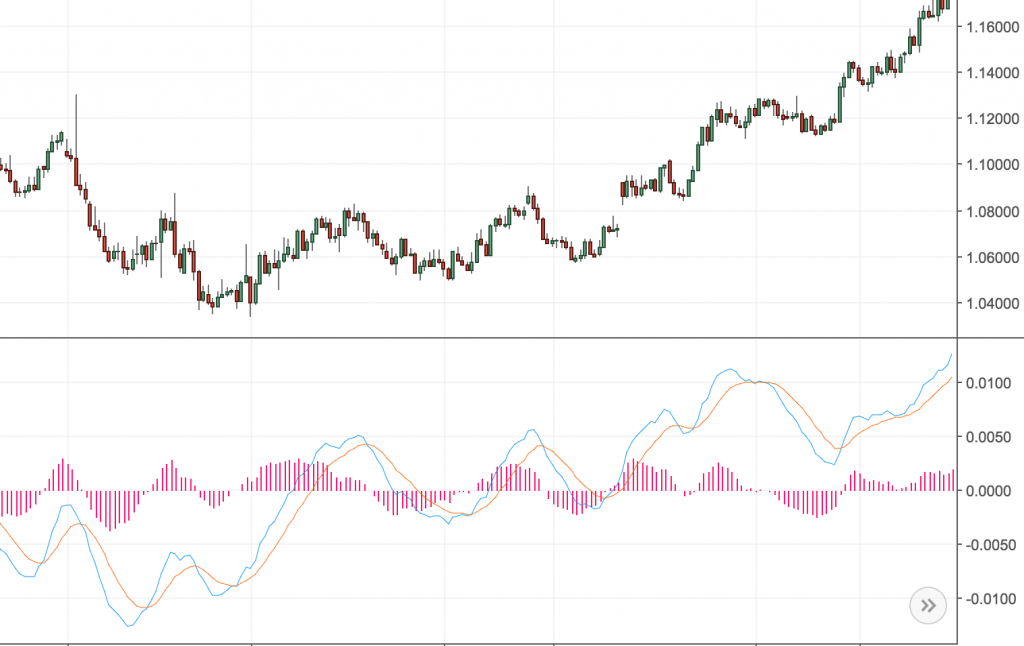 MACD’s histogram simply plots the difference between the fast and slow moving average.

If you look at our original chart (the chart above), you can see that, as the two moving averages separate, the histogram gets bigger. Or just look below zoomed version of the histogram only: 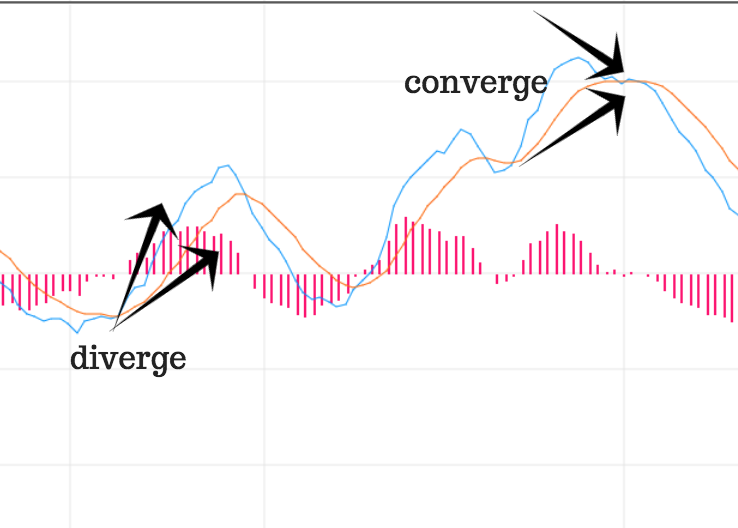 And that is how you get the name, Moving Average Convergence Divergence!

The creation of the MACD as we know it can be split into two separate events.

Aspray’s contribution served as a way to anticipate (and therefore cut down on lag) possible MACD crossovers which are a fundamental part of the indicator.

Moving average convergence divergence (MACD) is a trend-following momentum indicator that shows the relationship between two moving averages of prices. It is used to spot a change in the short-term trend of the market.

There are three common methods used to interpret the MACD:

How to use MACD

With an MACD chart, you will usually see three numbers that are used for its settings.

The default settings for the MACD indicator are: 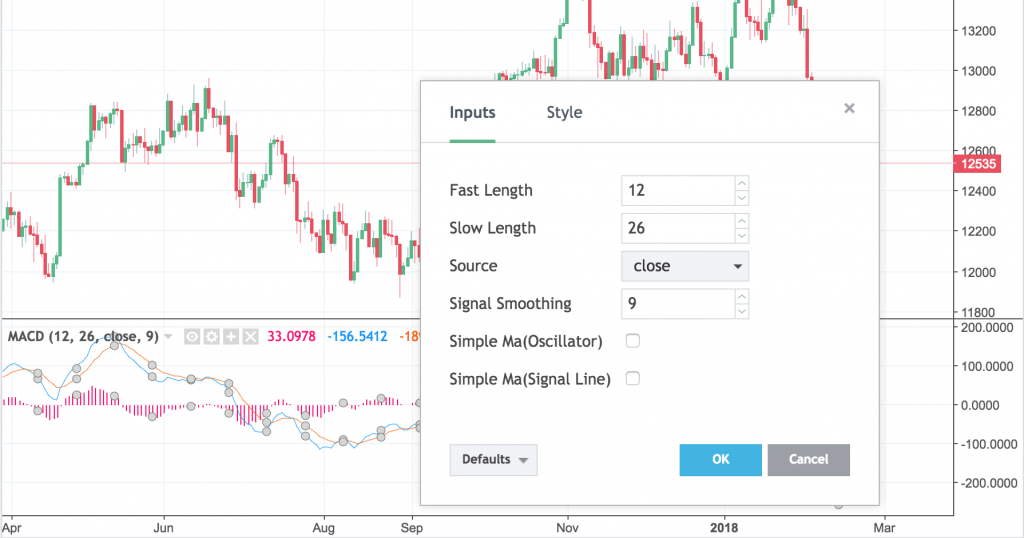 The MACD indicator is calculated as the difference between the fast and slow moving averages:

The signal line is calculated as a 9 day exponential moving average of MACD.

The MACD is a combination of both trends. The short-term moving average accounts for most of MACD movement as it quickly responds to price changes.

It would not be possible to look at each and every stock to spot the trend. Beginners should use MACD for identifying the short-term and intermediate trend, say of three to five weeks, only.

Take only those short-term MACD signals which are in the direction of the larger trend.

Important: if the larger degree trend is upward, one should take only consider buy signals and vice versa. This would help avoid whipsaws.

When not to use MACD

MACD is an easy and popular tool used to identify short-term price trends. “However, in a dull and lacklustre market, avoid the MACD indicator as it would generate a lot of whipsaws.

Yet among all the secondary oscillators, the MACD is one of the best and most reliable indicators to identify a trend and is easy to use.

I do not personally use it, since I am a price action trader, but I know swing traders that find it pretty useful.

Use MACD with other indicators

The MACD indicator may not be sufficient to take an investment or trading call. Investors should use other indicators to take decisions.

Although the MACD is effective, it is not complete in itself. Traders should make use of other indicators such as RSI, Fibonacci series, candlestick patterns, Bollinger Bands, and stochastic to confirm trend direction.

Important: I do use only Price Action, which would include only candlesticks from the above listed.

No one indicator can ever constitute sound investment logic on its own. Each one of the technical indicators is basically lagging interpretation of market direction. That is why I am so fond of price action, as mentioned above.

You would often notice that every other signal on one indicator would be directly opposing a signal on another indicator, making it extremely hard to arrive at a trading decision not based on the hindsight bias.

There are two moving averages with different “speeds”, the faster one will obviously be quicker to react to price movement than the slower one.

When a new trend occurs, the fast line will react first and eventually cross over the slower line.

When this “crossover” occurs, and the fast line starts to “diverge” or move away from the slower line, it often indicates that a new trend has formed.

Check below how the blue line is moving over the orange line creating this “diverging” situation.

From the chart above, you can see that the fast line crossed under the slow line and correctly identified a new downtrend. Notice that when the lines crossed, the histogram temporarily disappears.

This is because the difference between the lines at the time of the cross is 0. As the uptrend begins and the fast line diverges away from the slow line, the histogram gets bigger, which is good indication of a strong trend.

A “signal-line crossover” occurs when the MACD and average lines cross; that is, when the divergence (the bar graph) changes sign.

The standard interpretation of such an event is a recommendation to buy if the MACD line crosses up from below through the average line (a “bullish” crossover).

Traders sell if it crosses down from above through the average line (a “bearish” crossover).

These events are taken as indications that the trend in the stock is about to accelerate in the direction of the crossover. 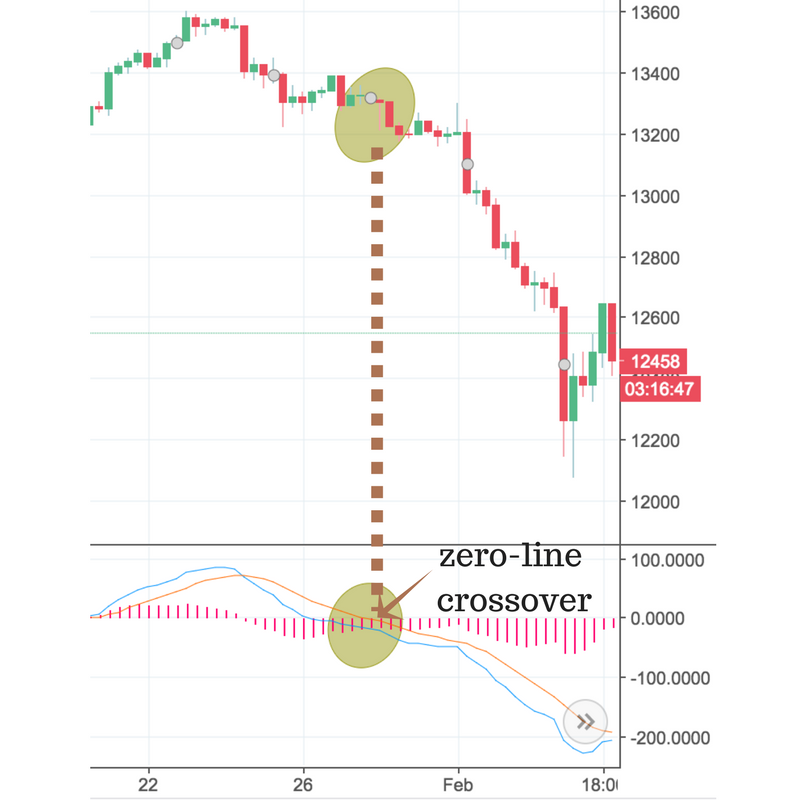 A “zero crossover” event occurs when the MACD series changes sign, that is, the MACD line crosses the horizontal zero axis. This happens when there is no difference between the fast and slow EMAs of the price series.

A change from positive to negative MACD is interpreted as “bearish”, and from negative to positive as “bullish”.

Zero crossovers provide evidence of a change in the direction of a trend but less confirmation of its momentum than a signal line crossover. 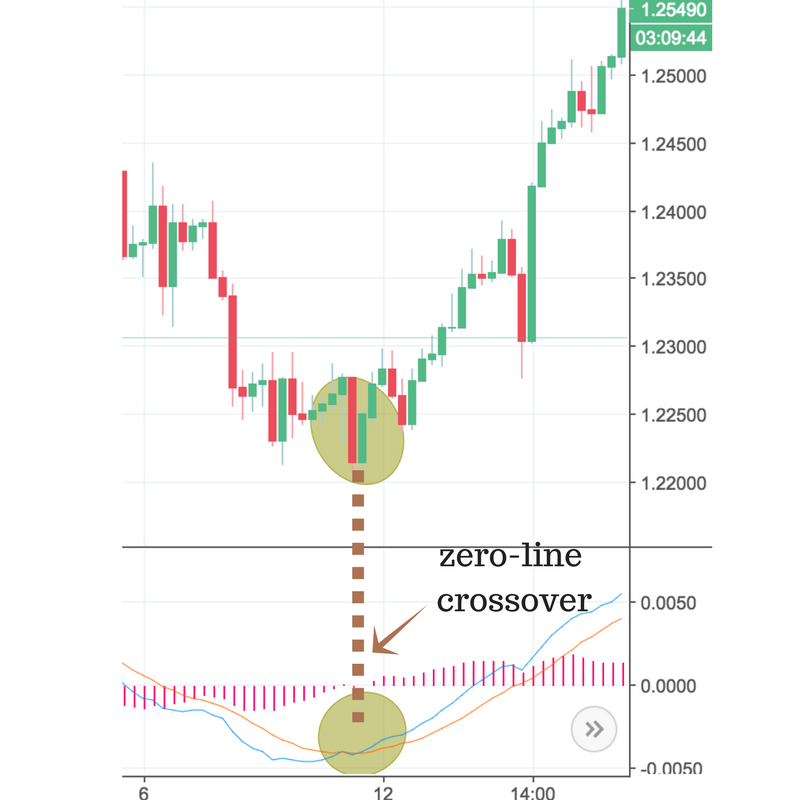 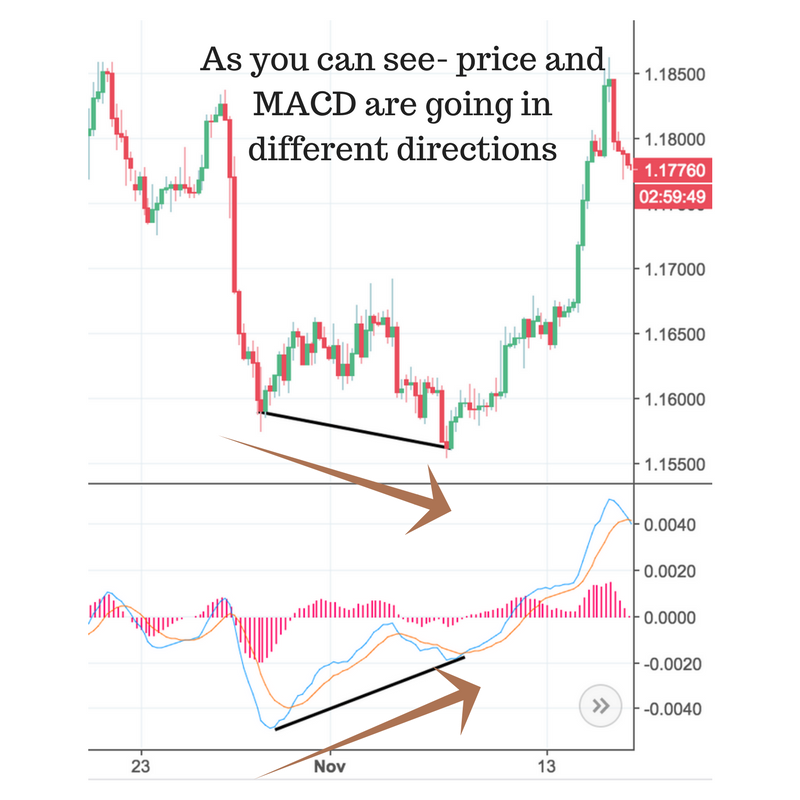 A divergence with respect to price may occur on the MACD line and/or the MACD Histogram. 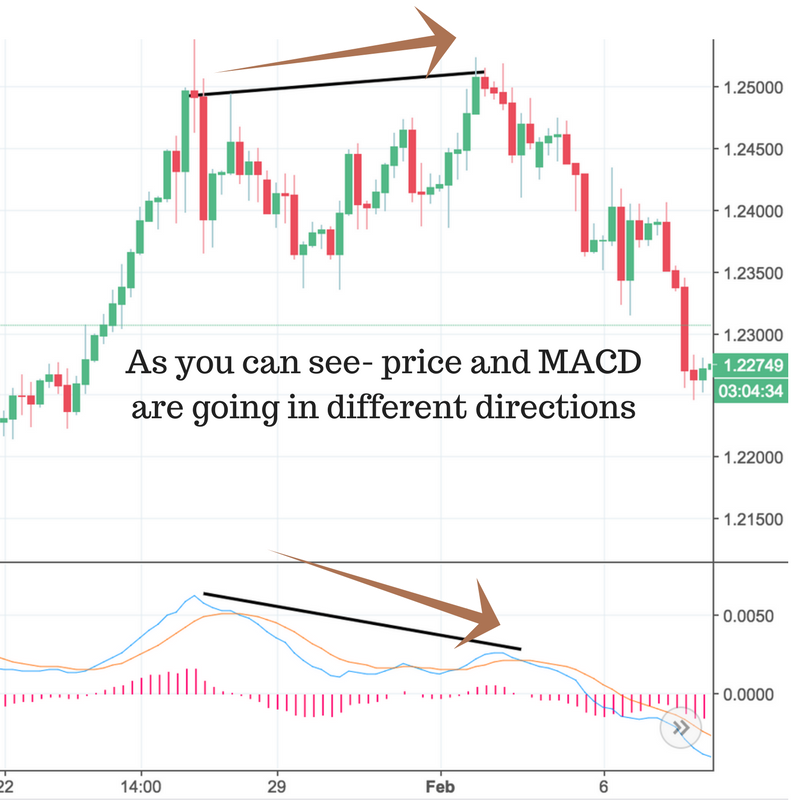 The MACD indicator is the most popular tool in technical analysis, because it gives traders the ability to quickly and easily identify the short-term trend direction.

The clear transaction signals help minimize the subjectivity involved in trading, and the crosses over the signal line make it easy for traders to ensure that they are trading in the direction of momentum.

Very few indicators in technical analysis have proven to be more reliable than the MACD, and this relatively simple indicator can quickly be incorporated into any long-term trading strategy.

Don’t forget that I do not use it on its own.

I use strictly a professional price action strategy, an extract of which you can see in the video below:

Check out my Best Educational Award from FXStreet here.
Again- THANK ALL of you for voting me out amongst so many other educational providers! It means the world to me!