I usually don’t do that, but now I am tempted. Post-trading analysis is not as exciting as trading analysis, but it could be twice as educative as the latter.

A few weeks ago I wrote about DAX and an imminent Demand zone.

I was looking to short until the price went below this level and then go long.

As the majority of you probably know from my Supply and Demand course, I am looking for a specific setup under the demand zone to go long.

In this case I had a great setup and managed to minimise my risk, while going long.

Then, I had a few other opportunities to go long along the way. As you can see, this zone was extremely strong and the price bounced up almost 1,000 points!

If that’s not a great way to trade with supply and demand zones, I don’t know what is.

DAX (Germany 30) Post-Trading Analysis in details from the Daily

If we look at price action and dissect it, we will see that there were a few places where you could have gone long if you missed the initial place, which is shown below: 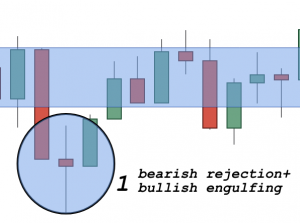 The next place where you could have entered into a trade appeared a few trading days later. Here is a screenshot of that opportunity: 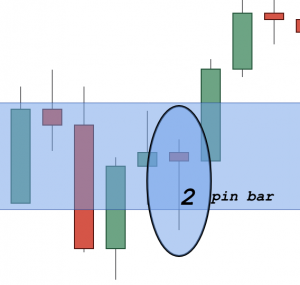 As you can see from the screenshot above, there was a pin bar, that indicated more bullishness. It formed in the middle of the demand zone, which after price dipping under this zone and forming a candle as such is another great indication for going long.

After this candle, there was another opportunity to go long directly from the daily chart. It occurred a few trading sessions later. Here it is: 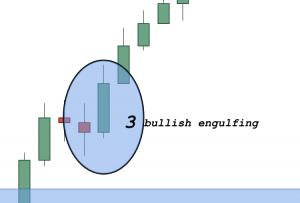 Slightly higher than the demand zone, this bullish engulfing candle was the last signal from the daily chart that you could have taken.

In my real trading I missed the last two, but I was long from under the demand zone. Unfortunately, I am not still long and I could not make the most of this move, but I still had a very good return on my initial trade.

The reason being was that I was on a holiday and while away, I like to take my mind away from the markets even though I am still checking the charts once in a while.

On the 4H chart, there were a lot more opportunities to go long. As the ones amongst you who have taken my price action course know, that’s where the real risk minimising happens.

Here is where I took a trade and where I was stopped-out:

Along the way you had a lot of other opportunities to go long based on the 4H chart, like this one: 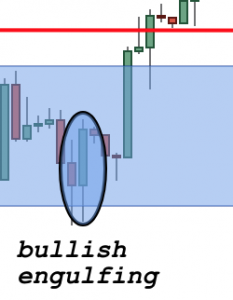 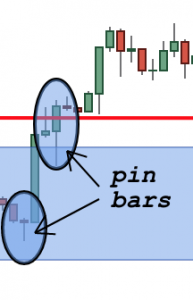 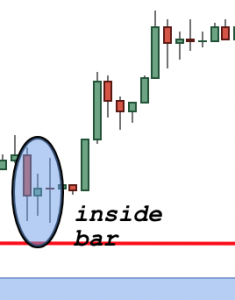 As you can see there were plenty of opportunities and I have shared with you just a few of them to get the gist.

All in all, this could have been the best opportunity in the second half of this year alongside the gold market, which I discussed earlier last month.