This has been the longest monthly winning streak in history for King Dollar. Although, I do not discuss a lot fundamentals, I don’t deny that moves like that are influenced by fundamental reasons. One way or another, I believe that we can see further USD gains. Let’s have a look at this interesting article I have just found out: 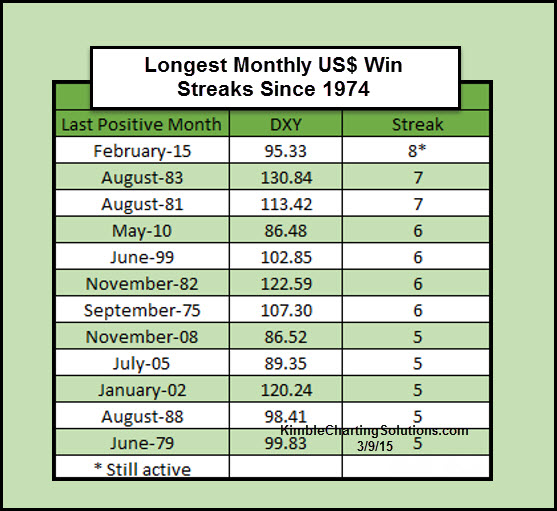 “King Dollar” is on a roll of late, and I don’t just mean the past few weeks. The U.S. dollar has accomplished something recently that it has never done since the Dollar Index was created back in 1974! The table above reflects that for the first time ever, the U.S. dollar is up eight months in a row. Below is a table that takes a look at U.S. dollar performance over the past 39 weeks (nine months). As you can see, the dollar is up over 21% in the past 39 weeks, which is the third largest 39-week rally in history. 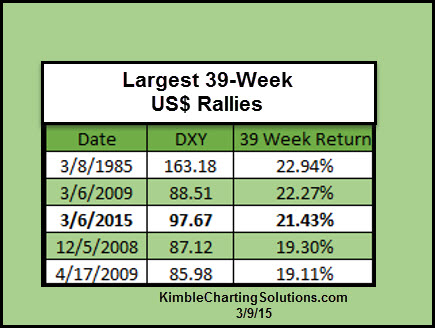 If King Dollar happens to remain one the worlds most preferred currencies, how much higher could it go? 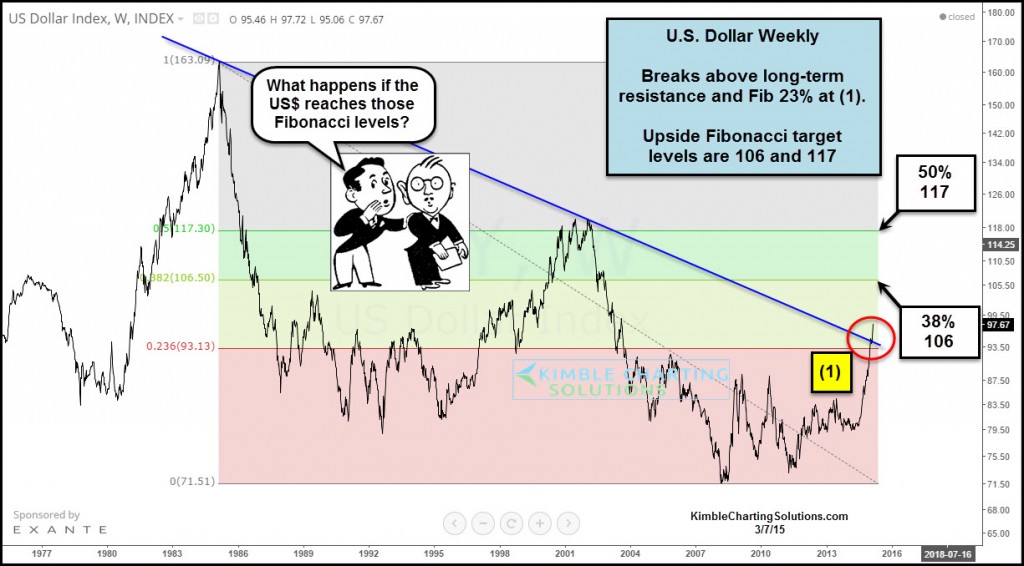 At this time, 87% of investors are bullish the Dollar (not shown), according to Sentiment Trader.com.  Dollar traders have also established the most lopsided positions in history, reflected in the chart above. Think about this, should the US$ do nothing more than reach its 50% level of the all-time highs in 1985 and the lows of 2008, it would have to rally another 20%! This is NOT a prediction, its sharing where key long-term price levels come into play. I totally respect that sentiment is lopsided, to a degree that I have not seen in my 35-years in the business. I also totally respect that sentiment can remain lopsided for longer than many of us think. In the end, price is the only thing that pays and King Dollar is on a role and one must respect its upside possibilities and the potential of its impact on other assets should these targets be reached.