Biased Trading and the Woman with the Umbrella

Biased Trading and the Woman with the Umbrella

“A man should look for what is, and not for what he thinks should be.”
Albert Einstein 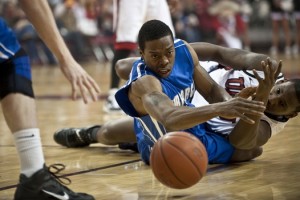 In 1979 the famous psychologist Neisser asked a group of people to watch a video of two different groups of players passing basketballs. One of the groups was dressed in white shirts and the other one was wearing black t-shirts. The participants in this experiment were supposed to count the number of passes that one of the groups was making to the other one. It was crucial that participants in this experiment needed to give their full attention to this task. The shocking result was that only 21 percent of the people that were involved in this experiment seemed to have noticed a woman walking through the basketball court carrying an open umbrella.

Then, a video was made and shown to a classroom full of students. The surprising fact was that less than 21 percent paid attention to the woman carrying the umbrella. When the video was played for a second time, everyone sees the woman. This experiment proved that by focussing on one task- in this case counting the basketballs passes, people tend to miss the most obvious in their visual world. 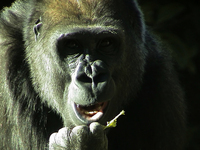 In 1999, two other psychologists have replicated the experiment of Neisser. In it, a gorilla is walking through a basketball field for five seconds. They came up with the same result- a failure to see the obvious. It is making us ask questions about trading and how our visual awareness really works. This phenomenon has captured the interest of cognitive psychologists and has become known as inattentional blindness. Are we (as traders) sometimes prone to this “blindness” and how does it reflect in our trading performance?

Two other psychologist- Mack and Rock (1998) have provided more evidence through perceptual experiments that people don’t see what they are not looking for, even when they are exposed directly to it. Consequently, many road accidents are a direct result of drivers focusing on other matters than driving, like talking on their mobile phones. The same is valid for traders, as well. I know a lot of professional traders that have been carried away in their biases, even when the trend has obviously turned direction. They are like blind men , being too concentrated on smaller time frames or trying to break-even from their previous losses. In fact the trading field is one of the best tests for human psychology, which not only proves that inattentional blindness exists, but also that trading is more difficult mainly because people are really bad judges at their own weaknesses. 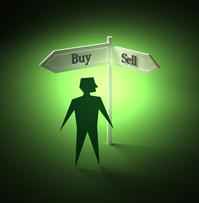 sdom says that if you throw a from in a boiling water, it will promptly jump out of it. But if you put the frog in lukewarm water and then slowly heat the water, by the time the frog realizes that the water has become boiling, it will already be too late. Studies of decision making have proven that people are more likely to accept ethical lapses when they occur in several small steps than when they occur in one large leap. This statement also explains nicely the unfortunate process of unprofitable trading. Once you are in a losing position, you don’t realise if it slowly accumulates into a big loss. You have your own bias and it might lead you into obscurity. That is why one of the most important elements of successful trading is objectivity. It is also one of the hardest elements of mastering the field of trading. Inattentional blindness is definitely not helpful to the human psychology and when it comes to trading, it could be detrimental.